Shirdi Saibaba is the spectacular goddess of Kaliyuga! #Saibaba

المؤلفSai Divine Tours and TravelsPosted atFebruary 18, 2015
Share
As a spectacular goddess of the Kaliyuga, she is everywhere and has been pouring rain. No one knows where and when he was born. If his appearance was intriguing, we can learn from his truth that his languages ​​and actions have been intriguing at times. He made himself known to others in 1916, just two years before the day of Mahasamadhi. But, others don’t realize it. On the same Vijayadasami day in 1918, Sai Baba reached the Samadhi. Today marks the 100th anniversary of the Maha Samadhi. 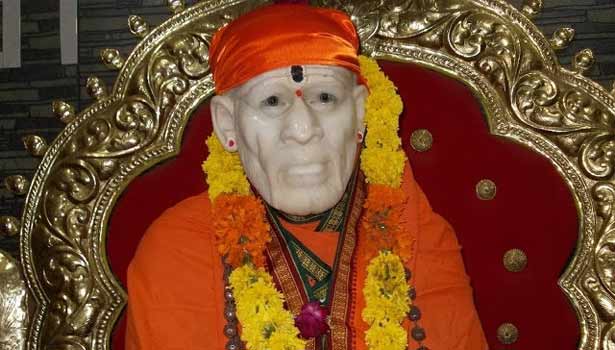 Even after his great Samadhi, he has promised his devotees that he will bless his devotees with unlimited energy. Here are some of the blessings that he carried out during his lifetime.

It is Baba's custom to light a torch in the mosque every evening. For that, he would go to the shop every day and buy oil from the merchants and light the torch. Some days went like this. One day all the shopkeepers got together and made a decision. Accordingly, they decided not to give any more oil to Baba. They came to the conclusion that the oil paid to Baba would not be paid.

Knowing this, Mahan wanted to enlighten them. So he went to those oil dealers and asked for oil. But none of them offered oil.

Sainath knew everything and went to his mosque without saying anything. The oil merchants followed him to see what he was doing. Baba took the oil tapa and poured some water into it. Then he poured it into his mouth, and then he filled the water again with oil, and poured it into the torches. The merchants who had thought of him as a common man were startled by the torches.

The merchants saw this and fell at his feet. Thus, Baba blessed him with enlightenment. He also said that he should never lie to anyone, and that there should never be material things.

The following story shows us that he is not only enlightened but also gives peace of mind to the devotees who seek him.

Kakaji Vaidyar from Vani village was a priest in the temple of Saptashrungi Devi. Though he was worshiping the Goddess daily, his mind was filled with agony. Wanting to get peace of mind, he asked the Saptashrungi who worships him daily. He said that the Goddess of compassion had made him to go and worship Baba so that the mind would be at peace.

Kakaji, who knew nothing about Sainath, referred to Baba as Saptashrungi Devi. After staying there for ten days and worshiping Ishwar, he did not find peace. So he returned to his village again.

Once again he worshiped the Goddess and asked her to be kind to him and give him peace of mind. The Goddess of compassion on him again appeared in her dream. He called Baba to be the Shirdi Samarth Sai; Why did Trimbakeshwar go in vain? She asked. Having said so, she immediately disappeared. Kakaji woke up from sleep and did not know anything about Shirdi, so he thought how to reach Shirdi and wear Baba.

We cannot see God only if we think we must see Him. We can see God only when we have His perfect sanction. But when Baba's object is to see his devotees, he will gather them anyway.

The same happened with Kakaji. The brother of Shirdi, the great Sai Baba's great-grandfather Shama, once met an astrologer. He was told that his family had many trials and could offer some means to overcome it. The astrologer, "Your mother, your brother Shama small child when it is sick cariyillamalpona because your deity captacirunki, and Shama's health is correct, but with the family to come and worship, he said., He should immediately Shama's condition was improving. But the Goddess asked what forgotten. But

But Shama soon forgot that truth. Recalling this, the astrologer said that if he fulfilled that promise, all his family's difficulties would go away. Shama went to Baba in the form of Baba and worshiped her goddess Saptashrungi.

He told Baba to worship Baba as his goddess. By that act, Baba intended to bring his devotee Kakaji to him.

Shama came to Vani village and worshiped her ancestor Saptashrungi. Kakaji was delighted to know that he had come from Shiradely. He asked Baba to visit him and take him with him. Shama also took him with him to Shirdi.

The moment she saw Kakaji Baba, her mind was at peace. To the astonishment of his surprise, Kakaji did not tell Baba about his problems. Similarly Baba did not say a word to him. The only thing he saw was the pain in his mind, and his mind calmed down.

Baba's order is the motto! 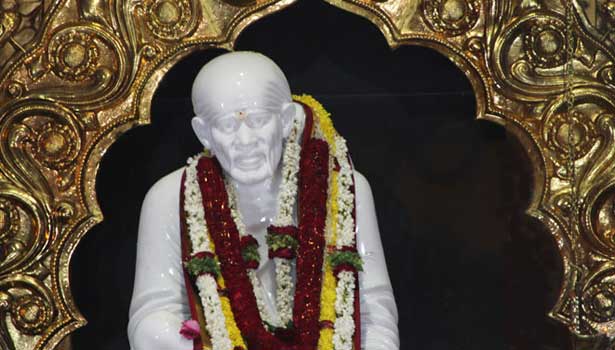 Whoever wants to come to Shirdi or who does not want to leave Shirdi will have Baba's permission. So Imambai, a servant of Baba, prepared to leave his place and went to Baba to say goodbye. But Baba told him not to go back to the city and that the situation was not right. Imambai left Baba's word in a hurry and eagerness to go home. He also decided to go on foot.

He passed without interruption for twelve miles from Shirdi. At sunset he was walking along the river Surala. An official there warned him not to go further because the weather was so bad. With only four more miles left, he claimed to be going. When he was three miles away, strong winds began to blow. The thunderstorm was raining. Floods in the river flowed into the river. The unsettled Imambai called Sainath. Then a lightning bolt came up in the sky. In that light, the Sainath was worshiped, and he bowed down and crossed the river. The water was only up to his knees until he crossed the river. On his way to the other shore, he turned to look at the river and saw a flood of rubble.

Sainath was the equal of Mother. Just as a mother protects her child at the moment when she knows it is a danger to her, so does Sainath, no matter what her devotees run away from.

So let's worship Sri Dasayinath and receive His blessings on this day.