Reach the Surrender Shirdi Sai Baba will bow your hand 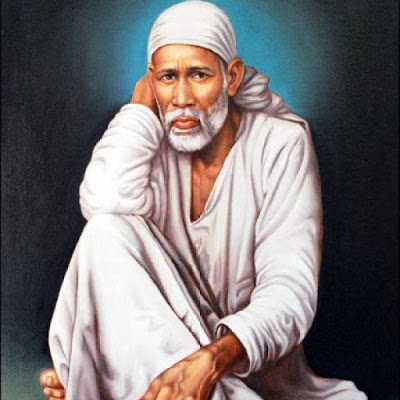 The hardships of life in the good are caused by the sins we have done in the past. Even if we have the perfect grace of the Guru, we will sometimes experience some difficulties because of our venom. Even if our Guru is aware of the difficulties we are experiencing, he does not interfere with it at first, but only after the ritualist has solved our difficulties. This is the ...

One of the devotees of Baba is Dr. Pillai. Baba is the one who surrendered completely to Baba. Baba walked up to him with gusto. It is customary for both to address many matters.

Once, Dr. Pillai came down with a spider disease. He could not bear the pain. He spent the night and day without food and sleep. At one point, the spider had become infected with pus. The pain has increased. Dr. Pillai, who has reached the peak of pain, has become frustrated with life.
He said to his friend, Baba's devotee, Gaga Saheb Dixit, “The spider disease is hurting me. The pain of the pain is unbearable. Nothing could be done. It's like giving up life. ”

Gaga Saheb Dixit said, “Don't worry. Why do you care when Baba is the one who solves all our problems? Come, let us go to Baba. '

When they went to see Baba, Dr. Pillai had a suspicion. 'We have surrendered to Baba completely. Why, then, does he find it difficult to cure our illness? '

Even when he doubted, he did not lose his confidence in Baba. Gaga Saheb and Dr Pillai reached Dwarakamai and worshiped Baba.

Kaka Saheb Baba had already told Dr. Pillai that he was suffering from spider disease.

Baba looked at Dr. Pillai and said, “The misfortune you have suffered is a primitive verb. I am not trying to make you suffer. Now you have come to Duwarakamai. Here vantuvittale all your suffering will come to an end, "he says, giving him a pillow to lie down tuvarakamayiyileye constantly saying,
'' Well, take a rest. Always remember the Lord. He will address your concerns. A little more a gag here and there will kill you. After that you will be perfect. ”

As soon as Baba was saying this, one of the devotees of Baba, Abdullah, came to purify Dwarakamai. The doctor trampled on the child unknowingly. He also pressed exactly where the spider was. That's it. Dr. Pillai screamed in pain.

However, the spider's ulcer was broken by Abdullah's pedal, and the worms began to flee. The pain started to subside a little. When the pain subsided, Baba, who came there, said, “Baba, my life is on the pedal of Abdullah. The crow will come and boil. What is my fate? ”

Baba smiled and said, 'Abdullah is the crow that I spoke to. It's just come and trample it. No longer crow. dont fear. You will get well in ten days, '' consoled Dr Pillai.
If we endure the difficulties of our former ancestor and have complete confidence in Baba, our troubles will soon be solved and we will have a happy life.
Labels#Sai Baba will bow your hand, #Surrender Shirdi Sai